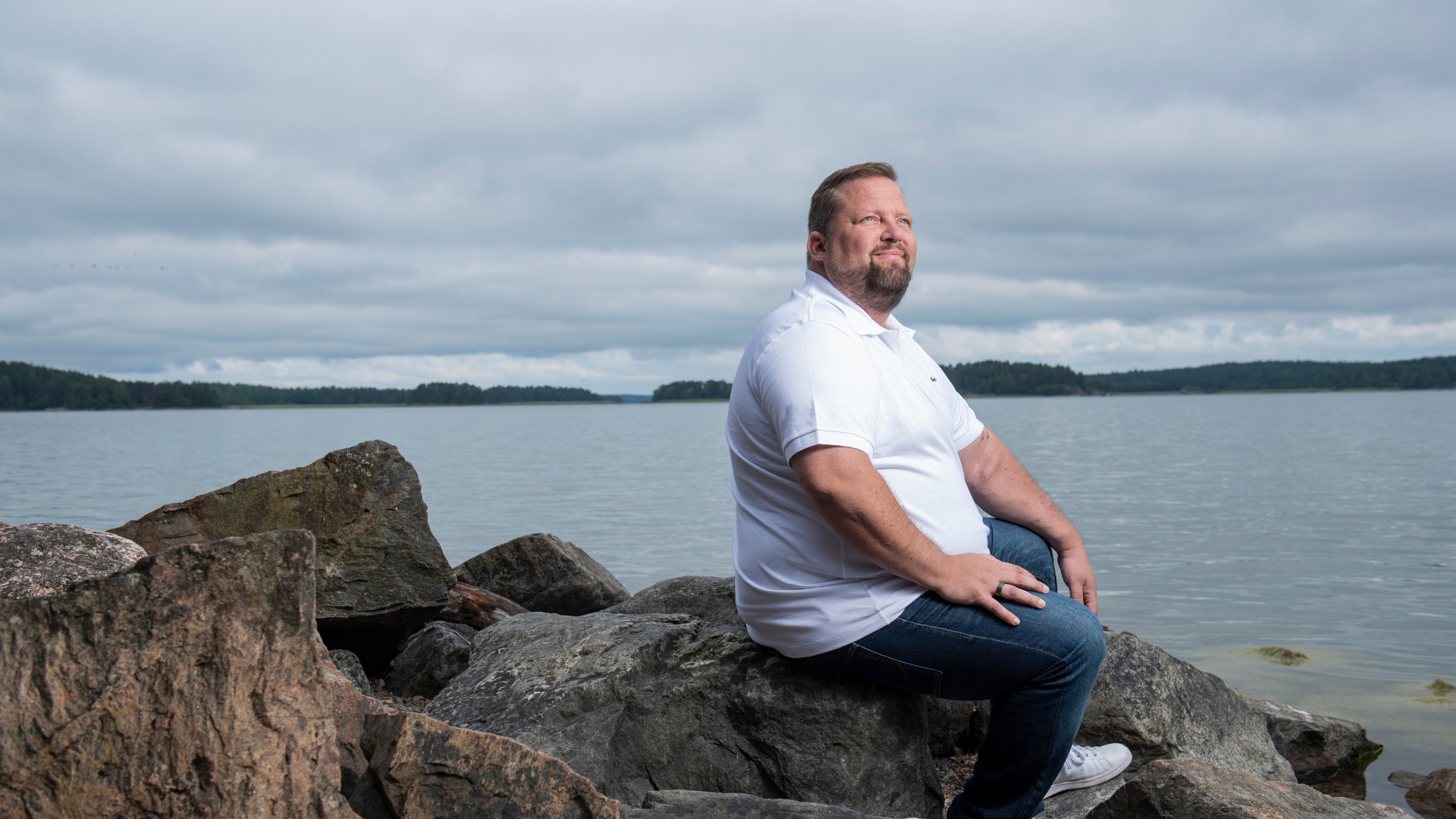 “I believed that I would retire from the same company for which I worked all my life” Iiro Lindborg, Co-founder and VP Customer Solutions & Concepts at Groke Technologies

Iiro was born and grew up in the Western Finnish city of Rauma. He worked with the same company for 15 years, thinking that he will continue to do so until retirement. But life had other plans for him, so in 2019, out of their love for innovation, Iiro and the other three co-founders started Groke Technologies.

I was born in a smallish town called Rauma on the west coast of Finland, where I have spent most of my childhood. Rauma has always been my home. As a town, Rauma is quite unique, and the identity is really strong for the people who have lived there all their lives.

‘For me, football was the thing’

We are proud of our roots and our unique dialect. Rauma has provided me with a place to grow and do lots of different things. For me, football was the thing. I played it until my early twenties in a relatively serious manner. Although I have never been a star-player, I would say that football and the club I played for Pallo-Iirot, played a significant role in who I am today. It taught me what it means to be a team player. For some years, I used to be the captain of our team, which taught me what it means to lead. I used to be a referee at some point which taught me the ability to see the game from another perspective and look at things from a neutral point of view.

I learned the first lessons on entrepreneurship from my father

During my youth, my first contact with entrepreneurship has been through my father, who started an engineering company with his colleagues. Although I was young back then, it has been something to be proud of. Whenever people talk about the company – Beacon Finland Ltd – by nature, I am proud to say that my father has been one of the founders. After I started my own entrepreneurial journey, I discussed a lot about the lessons learned with my father and have asked his advice.

Long story short, I used to work for Rolls-Royce Maritime for close to 16 years and in my last position I was in charge of the R&D and products for the “Ship Intelligence Department”. I specialized in remote and autonomous solutions.

In 2016, we set up an R&D center for solution development in Turku. Everything was going well. We had a great team and technologically demonstrated the world’s first remote-controlled vessel and the world’s first autonomous vessel.

In 2018 Rolls-Royce decided to sell their maritime business due to the downturn in the market. Later that year, the maritime segment was sold to Kongsberg, who had similar development streams regarding autonomous solution development. After being part of the companies’ integration discussions, it became evident to the management team members of the former Rolls-Royce side that the majority of the R&D work and products would be transferred to Kongsberg premises in Norway. This was the kick-off for my colleagues and me. We decided that we should set up our own company and start everything from scratch because we had already built such a strong ecosystem around the topic in Finland. Groke Technologies was officially founded on the 17th of October 2019. We are altogether four founding members in the company, and we all used to be colleagues at Rolls-Royce.

As founders, we felt that all the hard work previously done in the field of autonomous maritime solution development should not go to waste, and we had a strong belief that what we had built was something unique. That is why we founded Groke Technologies – a technology company looking at bringing a stressless working environment to navigation crews of maritime vessels through our solutions and eventually utilizing the technology on autonomous vessels.

We have a strong belief that Finland is one of the world’s leading countries in this kind of solution development that targets the development and introduction of autonomous vessels. We wish to drive that forward.

I was employed for 15 years before starting my entrepreneurial journey

My journey as an entrepreneur is not necessarily a traditional one since I spent more than 15 years in one company before starting. Still, during my last three years at Rolls-Royce, I was responsible for setting up a new business area within the company. This way, I got some kind of practice together with my co-founding colleagues. Now we are doing in principle the same kind of activities.

Our company is now over one and a half-years old, and I could say that seeing it grow from the initial idea has been exciting to witness. Our initial target-market was not necessarily a traditional one for a Finnish start-up, as we targeted the Japanese market. But our company is slowly becoming known in Japan, and that brought a lot of satisfaction.

Of course, establishing our presence in Japan is a long process. Still, we have been able to start collaborating with a few vital customers, in addition to our local investor, the Mitsubishi Corporation.

Being an entrepreneur was not something I was born into. I believed for a long time that I would stay with one company all my working career. But when the company I worked for was sold to new owners, I thought: why not try entrepreneurship? When one is part of a large corporation, the opportunities for creating effective change are limited.

‘I love this change so far’

I have more freedom, and I can really affect the strategy, execution, and outcome.

For any aspiring entrepreneur, I can share a story

It was back in 2009, I was sitting at my desk and started wondering if the monotonic work that I was doing was really what I wanted to do for the rest of my working career. Wondering if I could work on something I am passionate about new technologies and innovation.

At that time, I was offered a new position within the same company, which required me to relocate to Norway. But that position meant that I would be working precisely on what I loved. I took the chance and never regretted it!

During my five years in Ålesund, Norway, I got to know new people who eventually became the key people for my career advancement, which led me to where I am today. So, I would recommend people to take the time and reflect on whether they are doing something they don’t feel passionate about.

‘Is that worth it? Is it worth spending your time on something you don’t like?’

Teacher, Writer, Editor, Project Coordinator, Diversity and Inclusion (D&I) Promoter, and Intercultural Communicator. My goal? To build bridges: between generations, between cultures, between people and businesses. Have a cool job/freelance opportunity? Get in touch: ancam.catana(at)gmail.com

Love this story? Support us!

Buy us a coffee

Are you an entrepreneur?
Share your story with us.

More motivational vitamins for your soul

“You should feel excited when dialing a new number, butterflies in your belly, imagining the potential of meeting someone who can turn out to be a great client. It’s not a chore: it’s an adventure!” – Stefan Carrizo, Co-founder of ROND

“If the idea sucks, I want to see how it works in real life, not just in my mind”, Lynn Cu – Founder at Aurabear